I’m Hayley, and on 20th November 2016 (ish) I was diagnosed with Ulcerative Colitis. Within ten days of diagnosis, I underwent life saving surgery to have all of my colon (large intestine) removed, and a stoma bag fitted. This was because my colon was so badly damaged from the disease and my body wasn’t responding to drugs being given to me, the drugs were actually making me worse. The surgery can be reversed in a few years, if I want, and I can have the bag removed, but that’s a while away yet. The disease took control over my body in a matter of weeks, no thanks to my GP, and each day was touch and go for a while as to whether I’d see the following day.

This is a blog about my journey. It’s a form of self help, because I know I’ve not dealt with it internally just yet. I may be healing on the outside but mentally I know I’m not there and it’s going to take a lot longer. But it’s also for those of you who want to know what’s going on. I’m not going to hold back. What’s on here is my life, and if it grosses you out then you don’t have to read it. But this is part of me now.

For those of you out there who also have Inflammatory Bowel Disease, whether it be Crohn’s or Ulcerative Colitis, if this helps you with what you’re going through as well then that’s brilliant, because you’re not alone. I’ve got a couple of friends who have been through similar things and without them I don’t know what I would have done. 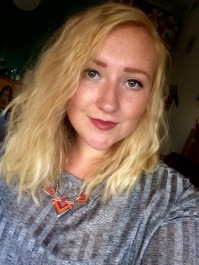 Just know that you’re not alone and someone out there has, and is, going through the exact same thing as you.

There will be good days and bad days, and it’s not going to be an easy straight forward path, but I’m alive and I am so thankful for that.

So this is me and my journey.